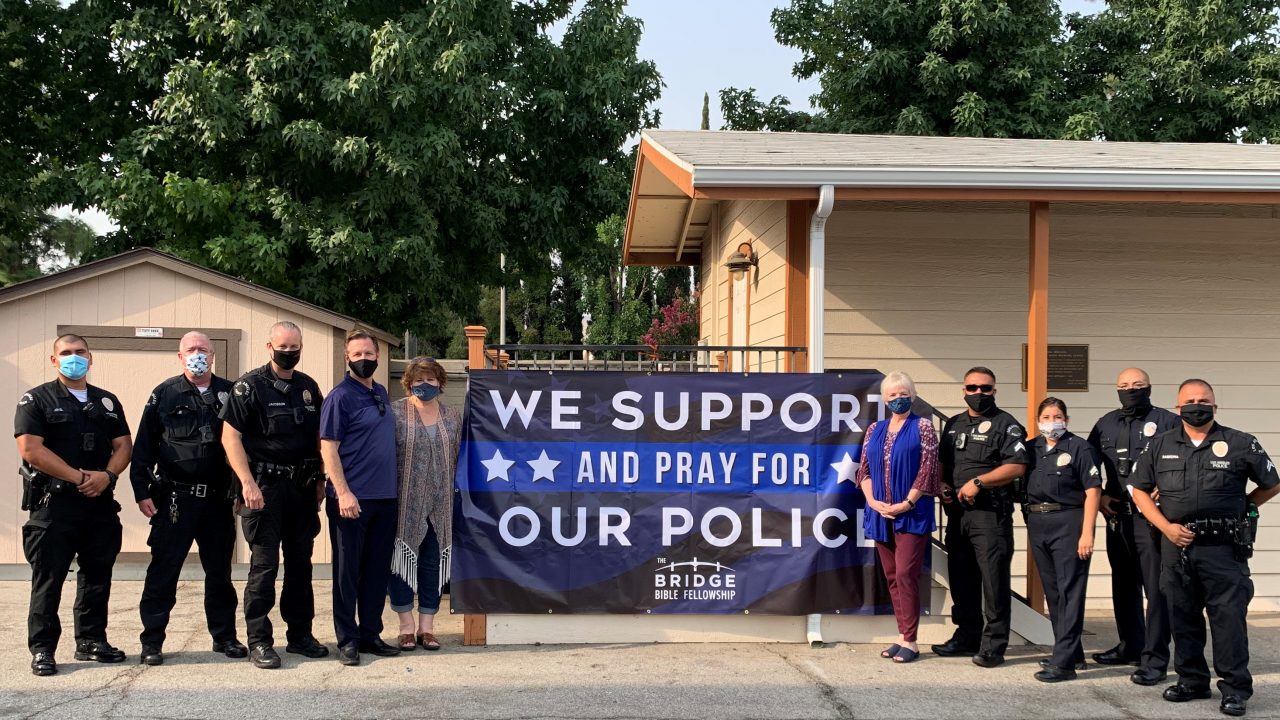 Our third Police Department outreach was on Tuesday, September 8 at the Devonshire Division. Again, we were met with such appreciative and thankful hearts from every officer to which we had the privilege of speaking. Pastor Paul, Diane Brown, and Diane Baker had the honor of being there. One thing that was a bit different and actually very encouraging, was that the Devonshire Division feels much support from the communities they serve and protect. We were so happy to hear this. Way to go and keep it up!!! Canoga Park, Chatsworth, Granada Hills, Northridge, North Hills, Porter Ranch, parts of West Hills, and Winnetka!!!

In-N-Out was, as always, a big hit. And, the handwritten messages from individuals in our church continue to deeply touch every heart! Thank you for your continued prayers for this vital ministry to our beloved in blue! Don’t forget we have one more outreach coming up on Wednesday, September 16th at the Topanga Division!

FacebookTwitterEmail
We use cookies to ensure that we give you the best experience on our website.Ok